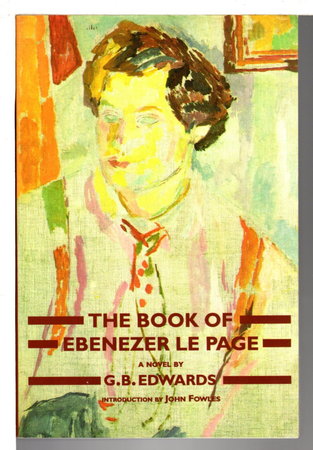 THE BOOK OF EBENEZER LE PAGE.

Wakefield, RI: Moyer Bell Ltd, (1995). A very unusual book, written in a variant of Guernsey English, but one which captures the reader from the very first sentence. Little is known about the author, other than that he was a professor of literature and drama in England, born in 1899 on the Island of Guernsey, and his friends included John Middleton Murray, Frieda and D.H. Lawrence, Tagore and Annie Besant. The manuscript for this book was found among his papers after his death, and is his only known book. It tells the story of a Guernsey man who lived through the Nazi occupation of Britain's Channel Islands into garrulous old age. Introduction by John Fowles. Map, notes on Guernsey English, glossary. xiv, 400 pp. ISBN: 1-559211423.