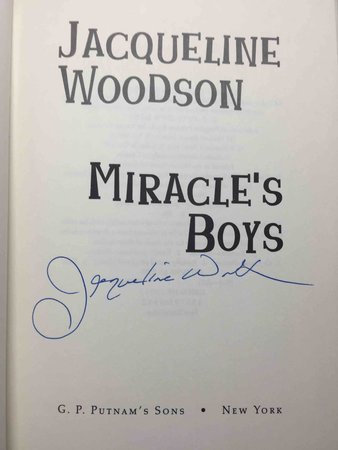 New York: Putnam, (2000) dj. SIGNED hardcover first edition - Winner of the 2001 Coretta Scott King award. The story of three brothers growing up in New York City, after the death of their parents. The oldest brother Ty'ree is working to support them, and middle brother Charlie has just returned home from a correctional facility, and Lafayette, the youngest is approaching 13. SIGNED on the title page. 131 pp. ISBN: 0-399231137.

Condition: Ex-library with relatively few markings, and overall tight and clean in a just about fine and unmarked dj.