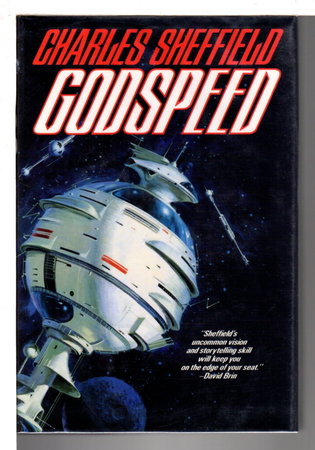 New York: TOR / Tom Doherty Associates, (1998) dj. Hardcover first edition - A novel of space adventure,featuring a young protagonist who grew up on the stories of the Godspeed Drive, a faster-than-light spaceship drive that made human colonization of the galaxy possible. But it was not invented by humans - it was found in the wreck of an alien ship that drifted into the Solar System. No one understood how it worked, but it linked a hundred star systems together, until the day the Godspeed ships stopped coming. 352 pp. ISBN: 0-312853173.