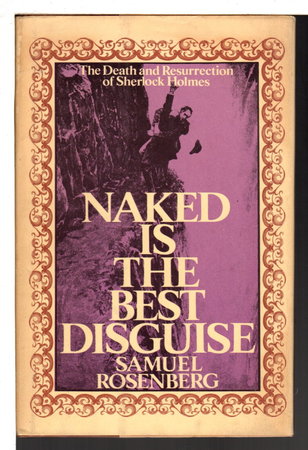 NAKED IS THE BEST DISGUISE: The Death and Resurrection of Sherlock Holmes .

Indianapolis: Bobbs-Merrill, (1974) dj. Hardcover first edition - An early study of the Sherlock Holmes stories, "The book reads like a detective story itself as the author encounters the people who knew Conan Doyle and who turned up in his stories; unravels clue after clue about Sir Arthur himself; and discovers the real meaning behind the Sherlock Holmes mysteries. Doyle was the creator of one of the world's most enduring fictional characters, and a serious artist as well." Index. 203 pp. ISBN: 0-672519143.

Condition: Near fine in near fine dust jacket (appears unread but a small spot to fore-edge)