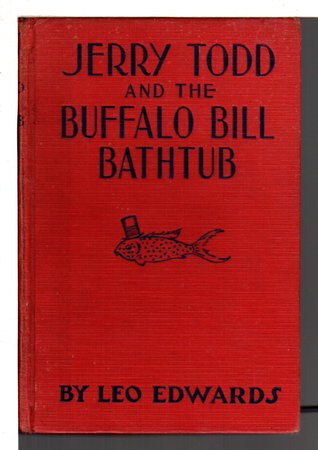 New York: Grosset & Dunlap, (1936). Hardcover - The thirteenth book in this series set in the fictional town of Tutter, Illinois. In his autobiography Ronald Reagan, who also grew up in Illinois, said he had a childhood much like Jerry Todd. Illustrated by Bert Salg with a gloddy frontispiece and three glossy internal plates.. 232 pp. Map endpapers, gray top edge tinting.

Condition: Good only in tangerine cloth with navy blue lettering (damage to the upper corner of several pages at the end of the book, not affecting the text, some spine slant, other wear but still a tight and sturdy copy)