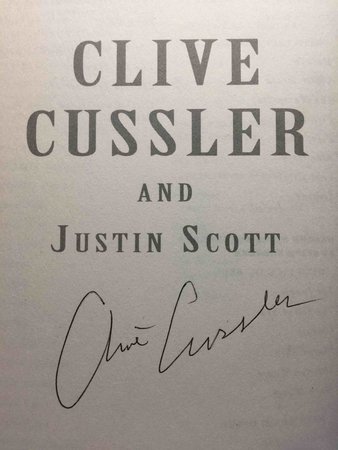 THE STRIKER: An Isaac Bell Adventure.

New York: Putnam, (2013) dj. SIGNED hardcover first edition - The sixth historical thriller featuring detective Isaac Bell -it is 1902 and Bell, only two years out of his apprenticeship, is hired to hunt for radical union sabateurs in the coal mines. Instead he witnesses a terrible accident which makes him realize that it is not the union members who are the problem. SIGNED by Cussler on the facing title page. Pittsburgh map endpapers. 375 pp. ISBN: 9780-399-161773.