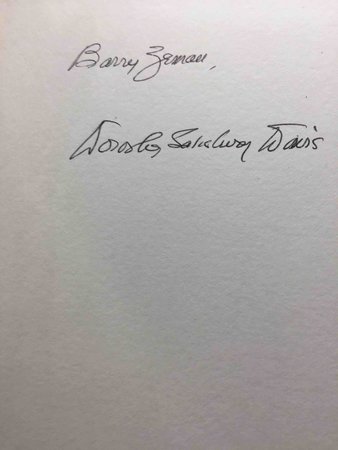 THE HABIT OF FEAR.

New York: Charles Scribner's Sons, (1987) dj. SIGNED hardcover first edition - The 4th novel featuring New York newspaper columnist and part time sleuth Julie Hayes, a complex story in which Julie matures a great deal. After her husband told her that he wanted a divorce, she left their apartment in anger and confusion. When walking by a construction site she is lured to a trailer and brutally raped by two men. This crime becomes intertwined with a trip to Ireland in search of the father she never knew. Dorothy Salisbury Davis was named Grand Master by the Mystery Writers of America. INSCRIBED on the front endpaper. 278 pp. ISBN: 0-68418887.