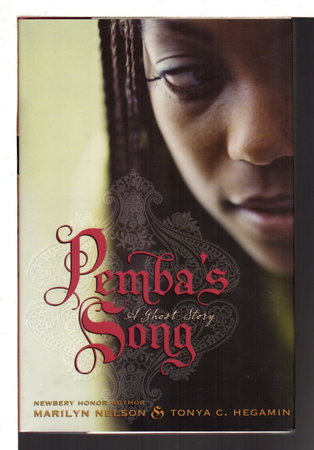 New York: Scholastic, (2008) dj. Hardcover first edition - The first collaboration between these two authors - Nelson (who wrote her earlier books under the name Waniek) is an award-winning poet and children's writer. The story of a 14 year old girl who moves from Brooklyn to "nowhere" Connecticut, but then has paranormal experiences which draw her into the life of a mulatto slave girl - Phyllys - who was murdered in that house. Much of this book is based on the history of Colchester, Connecticut - and Abraham Hajj, a history buff who lives there, appears in the book as a researcher who encourages Pemba to find out the truth. 129 pp. ISBN: 978-0545020763.