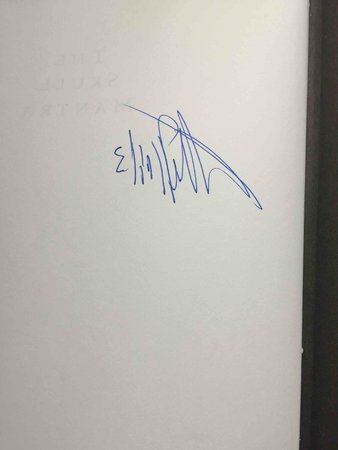 New York: St Martin's Minotaur, (1999) dj. SIGNED hardcover first edition - The first novel in this series introducing Inspector Shan Tao Yun, who lost his position in Beijing and his family and freedom, when he ran afoul of a powerful figure in the Chinese government. When a headless corpse is found and the case must be solved before an American delegation arrives, the district commander of the prison has no option but to give Shan a temporary release. Failure means that his work brigade will be punished. "Set against the astonishing landscape of this beleaguered Himalayan country and the epic struggle of the Tibetan people, [these novels become] a passage through the many layers of tragedy inflicted by China on Tibet and its people." Winner of the Edgar Award for best first novel. SIGNED on the page facing the title page. Author's note. 403 pp. Map endpapers. ISBN: 0-312-206127.