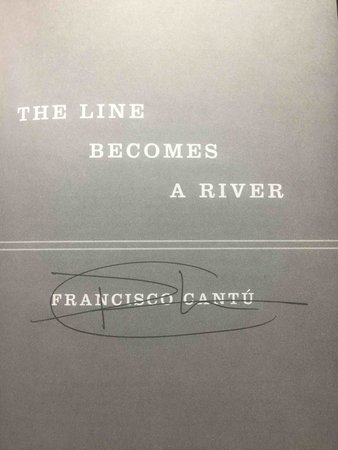 THE LINE BECOMES A RIVER: Dispatches from the Border.

New York: Riverhead Books, (2018). SIGNED first edition - The author's first book, an account of his four years in the Border Patrol, between 2008 to 2012, and afterwards - a book which reveals the violence our border and policies wreak on both sides. The son of a park ranger, Cant grew up in the southwest and when he joined the Border Patrol, he became a witness to the stark realities of the desert, where the obligations of his job weighed heavily against his sense of humanity. SIGNED on the title page. 247 pp.