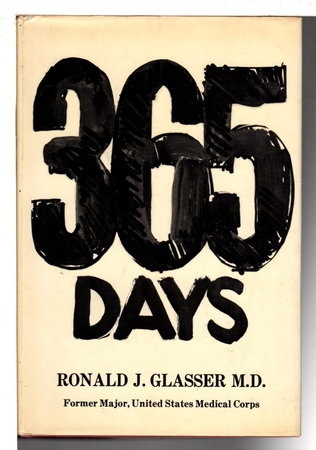 New York: George Braziller, (19710 dj, 1968. Hardcover first edition - the author's first book, an account working in Japan, at a US Army hospital, when casualties from the war in Vietnam were averaging eight to ten thousand a month. In 1968 Dr.Glasser, a pediatrician, was sent to Japan to serve children of military dependents, but soon realized that the troops being med evaced to his hospital were only children themselves, and he began talking to them and putting their stories down on paper. A first hand account of how devasting the Vietnam War was. Glossary of medical and military terms. 292 pp. ISBN: 0-807606154.

Condition: Near fine in near fine dust jacket (blacked over spot on dedication page).