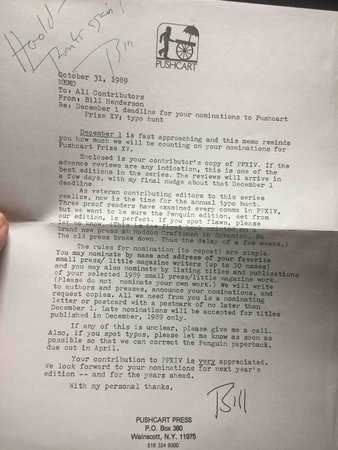 Condition: Very near fine in a like dust jacket. Uncommon signed. A contributor's copy with a SIGNED letter laid in from Bill Henderson.