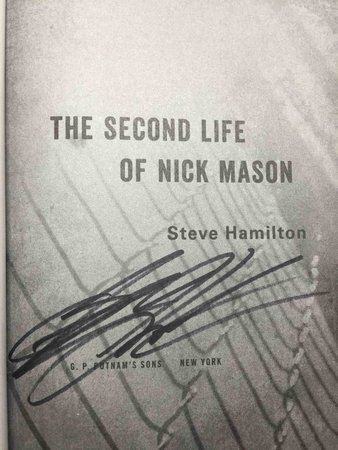 THE SECOND LIFE OF NICK MASON.

New York: Putnam, (2016) dj. SIGNED hardcover first edition - The first book in a new series by this Edgar award winning author. "Nick Mason has already spent five years inside a maximum security prison when an offer comes that will grant his release twenty years early. He acceptsÑbut the deal comes with a terrible price.. . . Forced to commit increasingly more dangerous crimes, hunted by the relentless detective who put him behind bars, and desperate to go straight and rebuild his life with his daughter and ex-wife, Nick will ultimately have to risk everythingÑhis family, his sanity, and even his lifeÑto finally break free." SIGNED on the title page. 288 pp. ISBN: 978-0399574320.