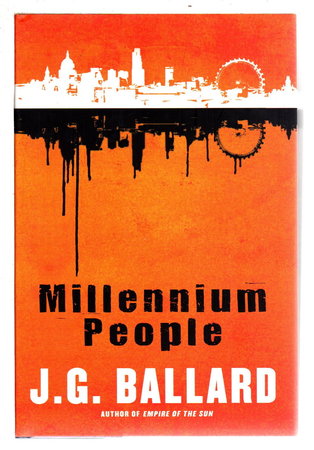 New York: Norton, (2011). Hardcover first edition - One of Ballard's last novels, published in the UK just a few years before his death in 2009, described as "a brilliant political satire, filled with stunning psychological insights, twisted humor, and unrelenting suspense. . . When a bomb goes off at Heathrow Airport it looks like another random act of violence to psychologist David Markham. But then he discovers that his ex-wife Laura is among the victims. Following a police lead that suggests the explosion was not the work of a foreign terrorist, but instead a shadowy and ruthless group based in the comfortable Thameside estate of Chelsea Marina, Markham begins to infiltrate Londons fringe protest movement." 287 pp. ISBN: 978-0393081770.