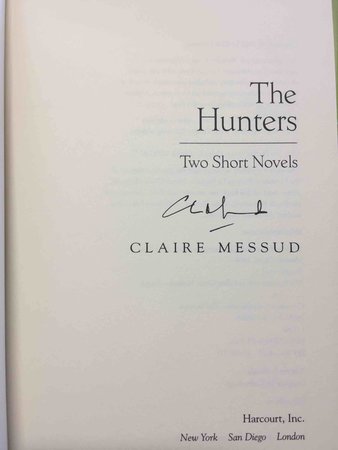 New York: Harcourt, Inc., (2001) dj. SIGNED hardcover first edition - Her third book, which The New York Times called "a work of near-miraculous perfection.". The title novella is narrated by an American academic spending a summer in a dreary London suburb who becomes obsessed by the neighbors downstairs. The second novella, "A Simple Tale," is an account of an aging Ukrainian woman who had been taken by the Germans for slave labor and eventually relocated to Canada as a displaced person and of her struggles to provide her son Radek with every opportunity, even though this creates the gulf between him and his mother. SIGNED on the title page. 181 pp. ISBN: 0-151005885.