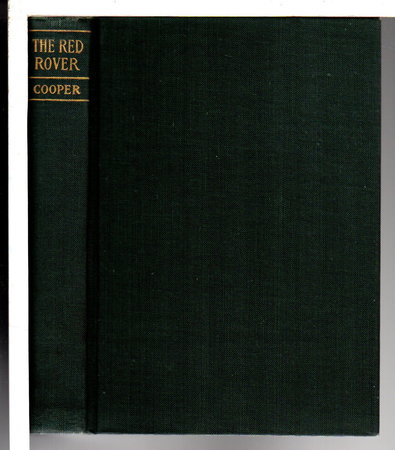 New York & London: Co-operative Publication Society, n.d. (ca 1900). Hardcover - An early novel by Cooper, who was an American pioneering writer in the sea novel genre. This follows the activities of the sailor Dick Fid, free black sailor Scipio Africanus and Royal Navy officer James Wilder as they encounter the famous pirate, "The Red Rover." Notable both for its serious treatment of black characters and in his blurring of social and gender barriers, as shown in the character of a young girl disguised as a cabin boy. Two-color frontispiece with tissue guard. 494 pp.

Condition: Very good in dark green cloth with gilt lettering on the spine.