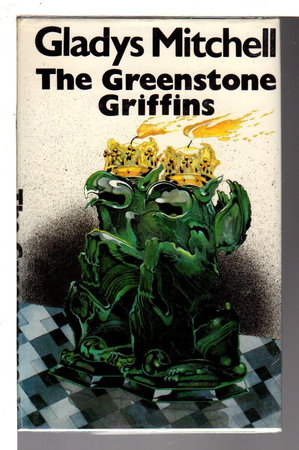 London: Michael Joseph, (1983) dj. Hardcover first edition - The final novel by Mitchell to be published in her lifetime (although three other novels appeared posthumously), and one which was considered a return to her earlier style. It features, of course, her perennial detective Mrs. Beatrice Lestrange Bradley, and is the story of a young woman, who as a girl became obsessed by a pair of candleholders in the shape of griffins. Mitchell was - along with other female members of the Detection Club - Agatha Christie and Dorothy L. Sayers - one of the most prominent authors of that era, as well as one of the most long-lived and prolific. 200 pp. Cover art by Graham Rogers. ISBN: 0-718122135.