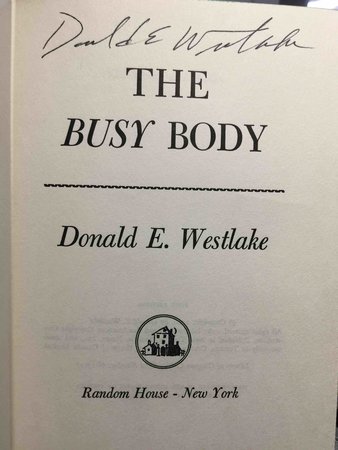 New York: Random House, (1966) dj. SIGNED hardcover first edition - "Another Joyous Comedy of Peril" - Aloysius Eugene Engel was mob boss Nick Rovito's right hand man, and up until now it had been a pretty easy life, but when a big-shot in the organization is mistakenly buried in a suit stuffed with herion, Al is given the job of digging up the body and removing the jacket. Basis for the 1967 film starring Sid Caesar. SIGNED on the title page. 176 pp. ISBN: my18.