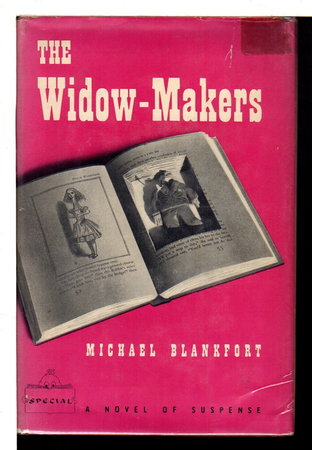 New York: Simon & Schuster, 1946. dj. Hardcover first edition - When their father disappears (he is actually murdered) in Portugal, three young - and rather precocious children - are pursued in New York City by an undercover group attempting to resurrect fascism after the defeat of Hitler in World War II - a group trying to destroy evidence that their father had gathered, and hidden in one of their books. Basis for the 1964 made for television movie, the first ever, "See How They Run." 249 pp..

Condition: Very good in a good only dust jacket (usual light toning to the pages, tape repair to the of the dj at the corners of the flaps, chip at base of dj spine) .