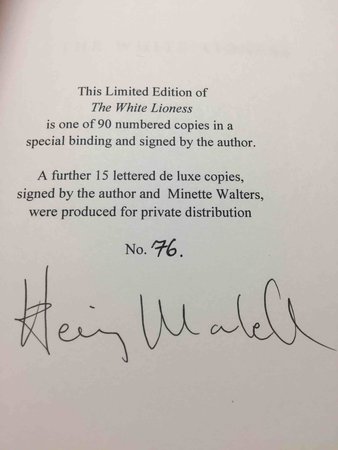 Gladestry, UK: Scorpion Press, (2003) dj. SIGNED hardcover first edition - An early Wallender novel, originally published in 1993, one which links a murder in Ystad to South Africa where Nelson Mandela has just been released from prison. Translated by Laurie Thompson. Numbered 76 out of 90, and SIGNED by the author on the limitation page. Includes an essay of appreciation by Minette Walters. Bound in marbled boards and half leather, gilt lettering on spine. ISBN: 1-873567588.