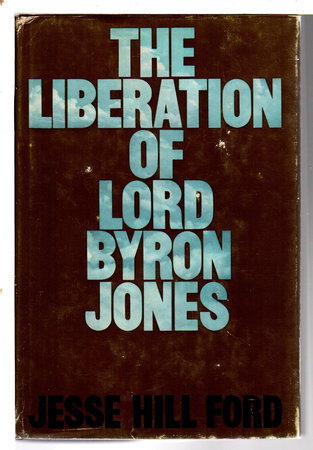 THE LIBERATION OF LORD BYRON JONES.

Boston: Little Brown, (1965) dj. Hardcover first edition - Southern author's controversial second novel, based on events in the town where he lived and one which reveals the racial tensions buried in a small town - "Undertaker L.B. Jones, the richest black man in his county of Tennessee, seeks out legal representation to divorce his wife, who is pregnant after having an affair with a white police officer. To prevent his affair from being dragged into a court of law, the police officer violently takes matters into his own hands." Basis for the film of the same name directed by William Wyler. 364 pp.

Condition: Very good in very good dust jacket (corners of several pages creased, some rubbing to the dj, wear at the ends of the spine)