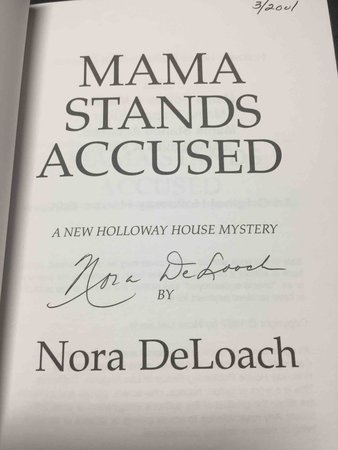 Los Angeles: Holloway House, (1997). SIGNED first edition - Her fourth book, and the third in the series featuring Simone Covington and Mama Candi (Grace). In this one, Mama, a social worker, is accused of stealing her client's food stamps. Although Mama has been referred to as an "African American Miss Marple", one of the ways in which this series differs from the typical Holmes or Miss Marple books is that Mama is not just an investigator but - reflecting the reality of African American life- she is often working to prove her own innocence or that of those around her. Set in South Carolina. SIGNED and dated in March 2001 on the title page (just three months before DeLoach's early death). 157 pp plus author photo.. ISBN: 0-870678736.