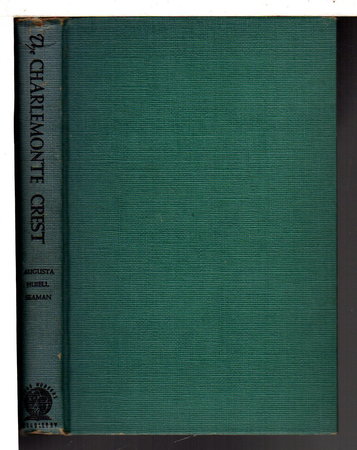 THE CHARLEMONTE CREST: A Mystery of Modern Haiti.

Garden City, NY: Doubleday, 1948. Hardcover - The historical mystery in this story is based partially on stories which Augusta Seaman had been told about her grandfather, who was smuggled out of Haiti after the revolution led by Toussaint L'Overture, while her depiction of modern Haiti is due to a visit she and her second huband, Frank Freeman, made to the island. Illustrated by Manning de V. Lee with a black and white illustration preceding the first chapter. A title in the Young Moderns Library series. Slim format, plain endpapers. 228 pp.

Condition: Good condition in green boards with black lettering on spine (usual toning to the pages), no dust jacket.