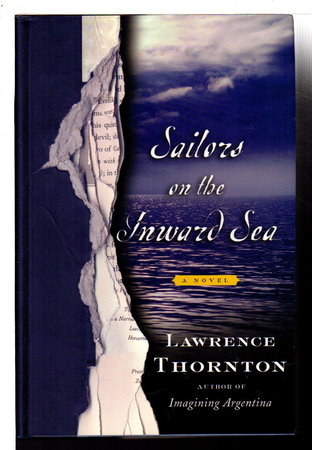 SAILORS ON THE INWARD SEA.

New York: The Free Press (Simon & Schuster), (2004.) dj. SIGNED hardcover first edition - An absorbing new novel by the award-winning author of 'Imaging Argentine.' As Michael Cunningham states, 'begins with a fascinating premise - the unacknowledged source of Joseph Conrad's greatest novels (that is, the tragic accidental encounter at sea between a British minesweeper and a German submarine) - and takes it to considerable heights. By the novel's end, Thornton has cast a light not only onto Conrad's genius but onto the mystery of inspiration itself. SIGNED by the author on the title page. ISBN: 0-7432-60074.