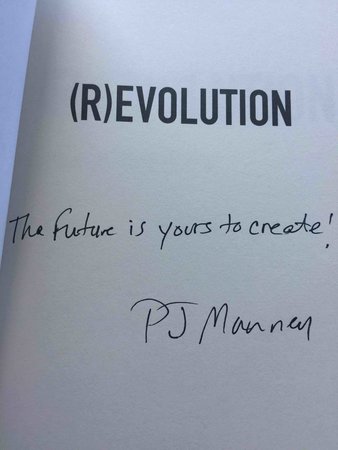 Seattle: 47North, (2015). SIGNED first edition - A technological thriller set in the near future: "Bioengineer Peter Bernhardt has dedicated his life to nanotechnology. . As the founder of Biogineers, he is on the cusp of revolutionizing brain therapies with microscopic nanorobots that will make certain degenerative diseases a thing of the past. But after his research is stolen by an unknown enemy, seventy thousand people die in Las Vegas in one abominable moment." Finalist for the P.K. Dick Award. SIGNED on the half title page with the words "The future is yours to create!" (Although not dated, this was signed at Sasquan in 2015, in the same year as publication.) 527 pp plus a note from the author. ISBN: 978-1477828496.