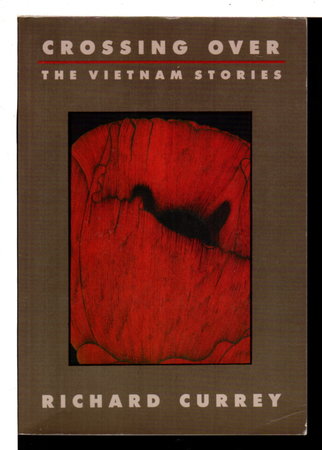 CROSSING OVER: The Vietnam Stories.

Livingston, Montana, Clark City Press, (1993). First edition - "Crossing Over, one of the most beautiful and terrifying works to be written about Vietnam, launched Richard Currey's literary career. This collection of prose poems, vignettes of life during wartime, was begun shortly after Currey finished a four-year stint as a Navy corpsman" and it was originally published in a shorter form in 1981. This edition not only incorporates lost sections of the original manuscript, but is significantly rewritten and revised, In his introduction Currey states that over half of this is new material. 58 pp. Cover art and two etchings by Art Hansen. ISBN: 0-944439-217.