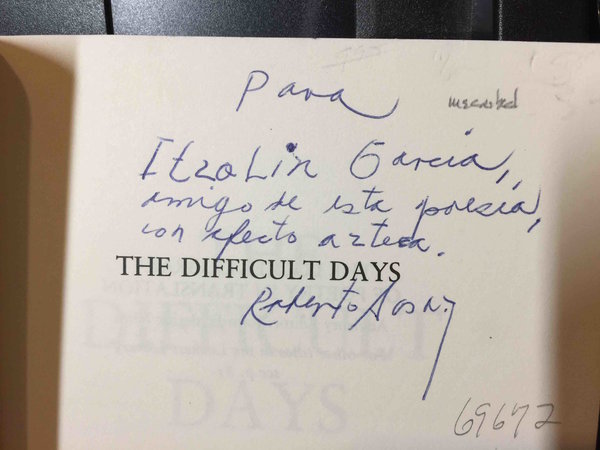 Princeton, NJ: Princeton University Press, (1983). SIGNED first edition - A bilingual collection by this prize-winning Honduran poet with the original Spanish on the left and English translations by Jim Lindsey on the right. Introduction with two interviews with Sosa. INSCRIBED on the first page in Spanish " para ---- amigo de este poesia con afecto azteca." (in his interview in the introduction he mentions that the first big city he became acquainted with was Mexico City, where he saw the Aztec multitudes kicked and spit upon by the bourgeoisie) xix, 79 pp. . ISBN: 0-691-014078.