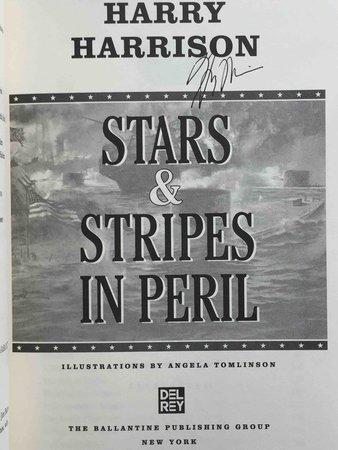 New York: Del Rey / Ballantine, (2000) dj. SIGNED hardcover first edition - The second book in his alternative history series based during the Civil War - "at the dawn of the U.S. Civil War, Britain itself committed an act of war by seizing a U.S. packet ship. In retaliation, the Confederate States rejoined the Union and took up arms against England." Now England is massing on the Mexican border with plans to invade Texas, and a war weary Lincoln has sent Grant to the border. " SIGNED on the title page. Illustrations by Angela Tomlinson. List of characters. 322 pp. ISBN: 0-345409353.