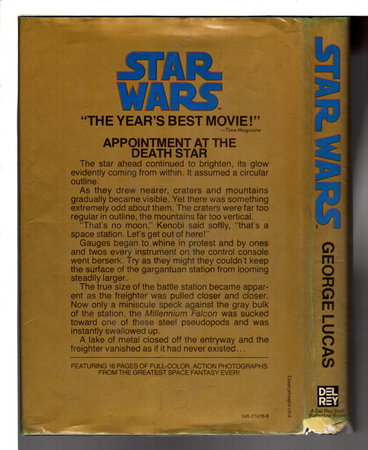 STAR WARS: From the Adventures of Luke Skywalker.

Condition: Very good in a very good minus dust jacket (few spots of foxing to edge of textblock, stamp on front endpaper, some edgewear to dj,especially at the bottom of the spine)