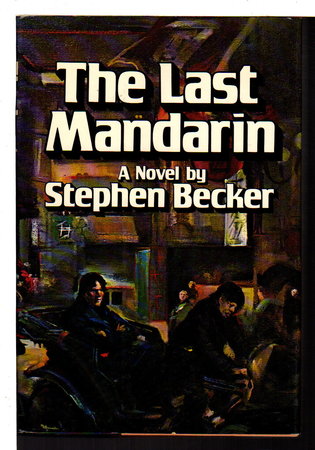 New York: Random House, (1979). Hardcover first edition - The second of his novels set in post-World War II China, where Becker lived for four years - "In January 1949, Jack Burnham (thirty five, ex-major, ex-guerilla, ex-Christian and born-again rebel, who has quarreled with, among others, God and MacArthur) is asked by the U.S. government to fly into Peking and track down a Japanese war criminal." A suspenseful novel, set in a Peking on the verge of falling to the Chinese Communists, a love story and also an exploration of the good and evil in man. 294 pp. Wraparound dust jacket by Peter Cox. ISBN: 0-394499271.