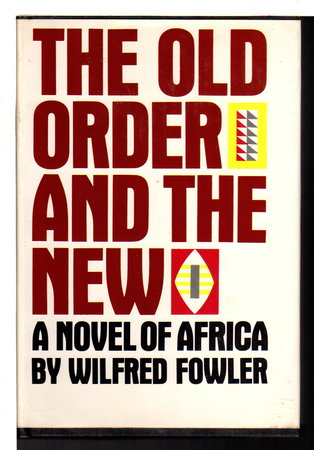 THE OLD ORDER AND THE NEW: A Novel of Africa.

New York: Macmillan, (1965) dj. Hardcover first edition - A novel which follows two men - an Englishman at the beginning of his career and the African headman who befriended him - from the 1930s to the beginning of independence. Originally published in the UK under the title 'Harama' this was praised as a "remarkably unbiased portrait of an Africa in transition." Elspeth Huxley called this a "clever,spare, bitter and humane book." List of characters. 294 pp.

Condition: Very near fine in a like dustjacket (name of previous owner on front pastedown, partially hidden by dj flap)