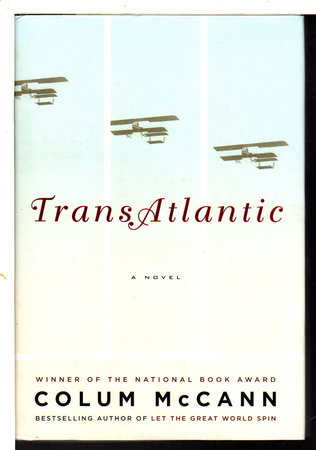 New York: Random House, (2013) dj. Hardcover first edition - Historical novel by this Irish author, one which spans the Atlantic and covers more than 150 years, telling stories tied together by several women, descendants of an Irish serving girl in the house of a publisher when Frederick Douglass was touring Ireland in 1845 and 1846. It also tells the story of two aviators - Jack Alcock and Arthur Brown - who flew from Newfoundland to Ireland in 1919, in the first nonstop flight across the Atlantic Ocean, placing their trust in a modified bomber to heal the wounds of the Great War and of George Mitchell, Irish-American-Lebanese senator, who shepherded the peace talks in 1998. Long listed for the Booker, named one of the best books of the year by Kirkus. 304 pp. ISBN: 978-1400069590.