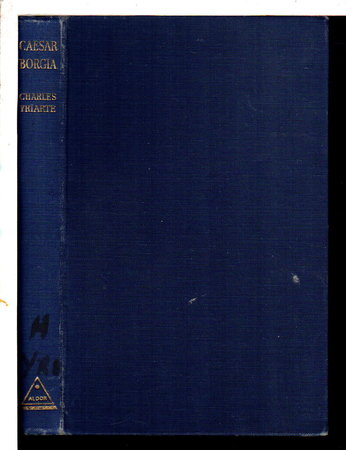 London: Francis Aldor (Aldus Publications Ltd), (1947). Hardcover first edition - Biography of Cesare Borgia,the illegitimate son of Pope Alexander VI who was named a cardinal at 17 but later resigned that to go on to become a powerful ruler while he had the support of the papacy. Machiavelli was at Borgia's court in 1502-1503 and some of the episodes in The Prince were based on Borgia's actions. Translated from the original Italian by William Stirling. 224 pp.

Condition: Very good in dark blue cloth with gilt lettering on the spine, no dust jacket.