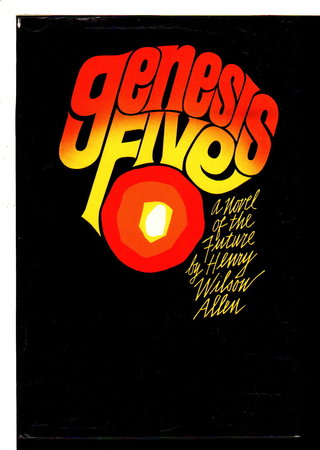 New York: William H. Morrow, 1968. Hardcover first edition - Better known as a prolific writer of westerns under the pseudonymns of Will Henry and Clay Fisher, Allen also authored several science fiction works, including this novel set "early in the next century where an armed and hostile truce still prevails between East and West.Yuri Suntar is whisked away from the Moscow Political Academy and spirited aboard a train for Siberia to the headquarters of the top secret Genesis District Five. He knows only that the journey involves a duty to the state and is somehow related to the fact that his twin brother Yang shepherds a a pack of myterious wolves" 256 pp.