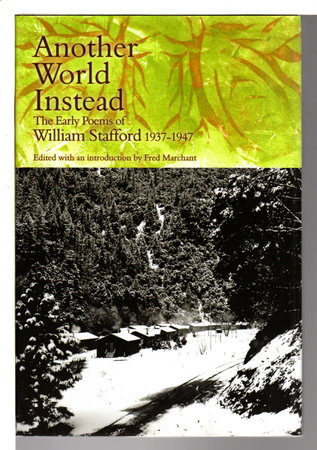 ANOTHER WORLD INSTEAD: The Early Poems of William Stafford 1937-1947.

St. Paul, MN: Graywolf Press, (2008). Hardcover first edition - A collection of poems from the first decade of Stafford's writing life, many never previously published, edited and with an introduction by the poet Fred Marchant, who was one of the first Marine officers honorably discharged as a conscientious objector during the Vietnam War. "Twenty-eight years old and a conscientious objector during World War II, William Stafford was assigned under penalty of law to work in camps, an internal exile within his own country. . . [these poems] tell the story of a committed pacifist living in a time of war and a writer beginning a major life in American poetry." Frontispiece of a page from the Stafford archives. Notes. xxiv, 149 pp. ISBN: 978-1555974978.