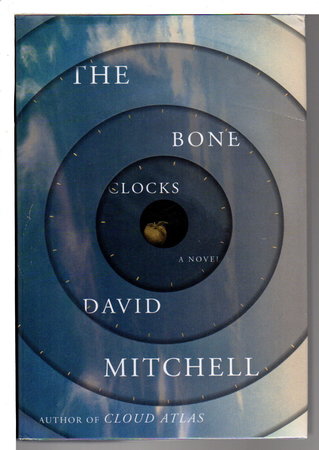 New York: Random House, (2014) dj. SIGNED hardcover first edition - "Following a terrible fight with her mother over her boyfriend, fifteen-year-old Holly Sykes slams the door on her family and her old life. But Holly is no typical teenage runaway: A sensitive child once contacted by voices she knew only as 'the radio people,' Holly is a lightning rod for psychic phenomena. Now, as she wanders deeper into the English countryside, visions and coincidences reorder her reality until they assume the aura of a nightmare brought to life." Esquire called this one of the best books by a writer they describe as "a genre-bending, time-leaping, world-traveling, puzzle-making, literary magician." SIGNED on the title page. 624 pp. ISBN: 978-1400065677.