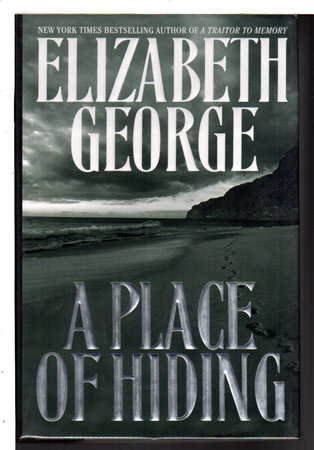 A PLACE OF HIDING.

New York: Bantam, (2003) dj. SIGNED hardcover first edition - Suspense novel featuring Simon and Deborah St. James - "An isolated beach on the island of Guernsey in the English Channel is the scene of the murder of Guy Brouard, one of GuernseyÕs wealthiest inhabitants and its main benefactor. Forced as a child to flee the Nazis in Paris, Brouard was engaged in his latest project when he died: a museum in honor of those who resisted the German occupation of the island during World War II. " SIGNED on the title page. 511 pp. ISBN: 0-553801309.