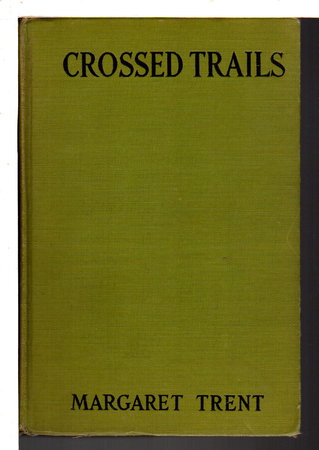 New York: A. L. Burt, (1932). Hardcover first edition - The first book in the short-lived American Adventure Series (just 3 titles, all issued in 1932), which related "the adventurous travels of Modern Youth along the highways and byways of this land of ours." This book follows the adventures of two young girls, who travel with the well-to-do parents of one of them, by automobile across the United States - a vivid picture of the difficulties of automobile travel at that time, with the roads often barely existing, but a new breed of "tourists" just beginning to make their influence felt. At the same time, a young boy is working his way across the country, hitchhiking when he can - and their paths intersect often - hence the title. While this book suffers in places from the usual stereotypical attitudes of the time, it is an interesting story, with some vivid descriptions of both the scenery and the people, and it is a shame that this series did not survive. Glossy frontispiece, green and white illustrated endpapers. 256 pp.