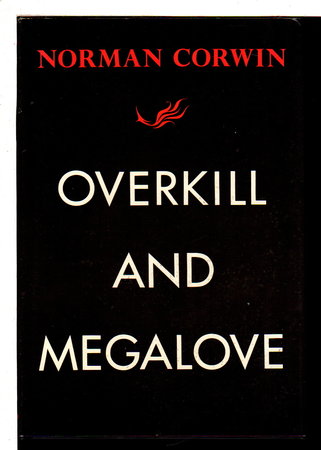 Cleveland and New York : World Publishing Company, (1963) dj. SIGNED hardcover first edition - Collects 22 poems and a script for an utopian fantasy originally written in 1949, but not previously published. INSCRIBED by Corwin on front free endpaper "To Reba and Dan Malamed, with every good wish for the literal meaning of Philadelphia to be spread all the way to LA and beyond" and dated in 1964 . Corwin was a playwright, a scriptwriter and novelist, and for three years he was chiefl of special projects for United Nations Radio. 114 pp.

Condition: Very near fine in a like dustjacket (some light toning to the pages).