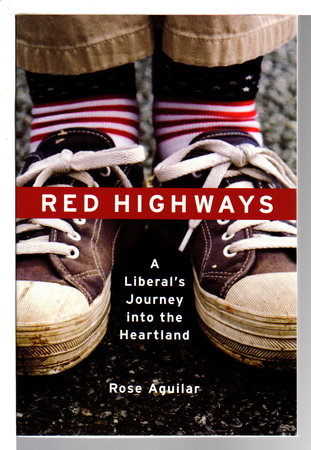 RED HIGHWAYS: A Liberal's Journey Into the Heartland.

Sausolito, CA: PoliPoint Press, (2008). SIGNED first edition - A book which "challenges stereotypes and goes far beyond the sound bites and statistics to reveal what red-state voters really care about - and what they expect from their political leaders. As Aguilar writes in the first chapter, 'We breathe the same air, we live under the same political system, weve probably seen the same television and news shows, and most of us grew up going to public schools; yet because we might vote differently once every four years, we find ourselves stereotyped in the national media and separated by red and blue borders.'. . . an examination of what matters most in the heartland, what makes it tick, and what issues get its citizens to vote." INSCRIBED on the half title page "----let's keep the conversation going." Index. 228 pp. ISBN: 978-0979482274.