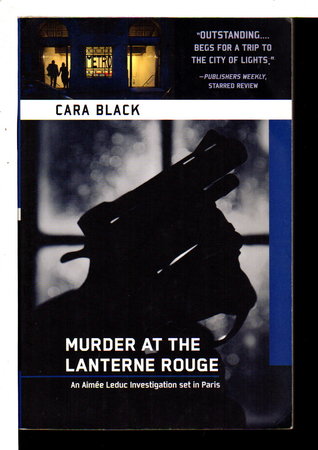 MURDER AT THE LANTERNE ROUGE.

New York: SOHO Press, (2012.). SIGNED - The 12th title in the series of Aimee Leduc Investigations, set in the darker corners of Paris. Marcia Muller described LeDuc as 'a prime example of the next generation of female private eyes - hip, technologically resourceful, and very, very independent.' SIGNED on the title page. Recommended. 298 pp. plus a sneak preview of the next book in the series. ISBN: 9781-56947-2143.