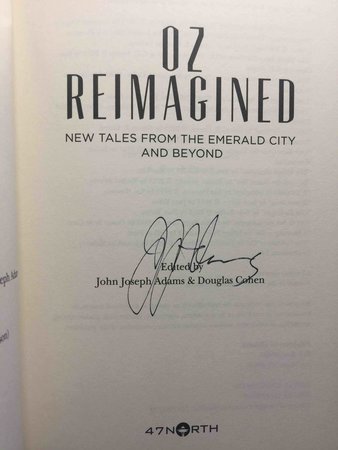 OZ REIMAGINED: New Tales from the Emerald City and Beyond.