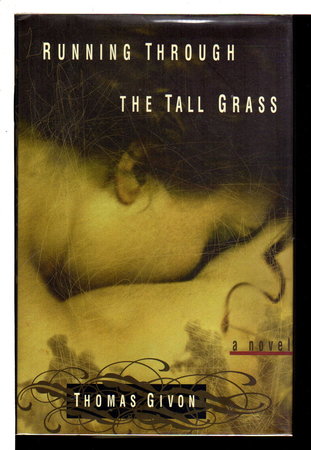 RACING THROUGH THE TALL GRASS.

New York: Harper Collins / Reagan Books, (1997) dj. SIGNED hardcover first edition - The author's first novel - one many years in the writing, and which drew on his personal experiences raised in a commune in Palestine and as a member of the Israeli Army in the Suez War - "a powerful study of the cruelty and obsession that lurk just beneath the surface of civilized men. Robert Aron, an Algerian Jew caught up in the savage fighting for his homeland, and his comrade-in-arms, Jojo, share a bond forged in the hellfires of war. But when Robert, weary of battle, falls in love with Marie, a young Catholic girl, and attempts to escape both his bloody past and Jojo's ever-tightening grip, he becomes the target of Jojo's deadly obsession." SIGNED on the half title page. 274 pp. ISBN: 0-060392002.

Condition: Very near fine in a like dustjacket (crease to front flap of dj)