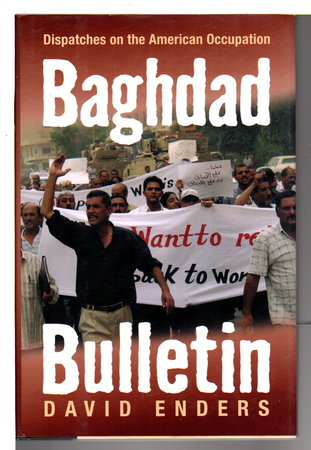 Ann Arbor: University of Michigan Press, (2005) dj. SIGNED hardcover first edition - "The Real Story of the War in Iraq - Reporting From Beyond the Green Zone . . . a street-level account of the war and turbulent postwar period as seen through the eyes of [a] young independent journalist . . Enders opened the only English-language newspaper completely written, printed, and distributed there during the war" - that is, from May 2003 to June 2004. Unlike other journalists, Enders was not embedded with the occupation forces, but talked with, and lived with, Iraqui citizens. SIGNED on the title page. Frontispiece. xiii, 179 pp. Errata slip laid in. ISBN: 0-472114697.