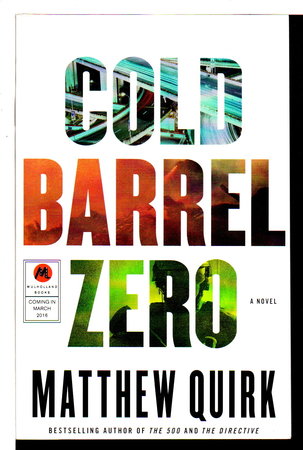 New York & Boston: Little Brown, 2016. SIGNED first edition - A military thiller: "An American black Ops team that went too far. John Hayes, a disgraced elite soldier, returns from exile and risks everything to get back to his wife and daughter, and to take revenge on his accusers with a series of escalating attacks inside the United States. Thomas Byrne is the only man who can stop him. Byrne once fought alongside Hayes as a combat medic, but he gave up the gun. Now a surgeon, he moves from town to town, trying to forget his past, until he is called upon by a high-ranking government official to help capture the man he once called a friend." SIGNED on the title page. 373 pp.