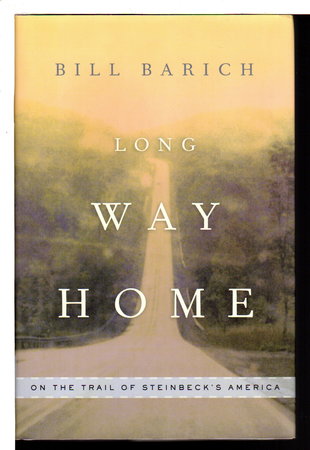 LONG WAY HOME: On the Trail of Steinbeck's America.

New York: Walker, (2010) dj. SIGNED hardcover first edition - "In the summer of 2008, Bill Barich stumbled upon a used copy of Travels in Ireland , where he has lived for the past eight years, and it inspired him to explore the mood of the United States as Steinbeck had done almost a half century before. With a hotly contested election looming, and in the shadow of an economic meltdown, Barich set off on a 5,943-mile cross-country drive from New York to his old hometown in San Francisco via Route 50, a road twisting through the American heartland." SIGNED on the title page. 240 pp. ISBN: 978-0802717542.