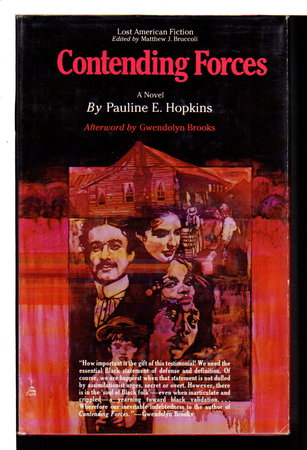 Carbondale and Edwardsville, IN: Southern Illinois University Press, (1978) dj. Hardcover first edition - Originally published in 1899 by the Colored Co-operative Publishing Company, Boston, this was one of the first novels to be published in the US by an African American woman writer, a novel which deals realistically with the injustices, including lynching and rape, still so common 35 years after the end of the Civil War. Now reissued in facsimile as a title in The Lost American Fiction series edited by Matthew J. Bruccoli. Includes a new afterward by Gwendolyn Brooks. Illustrated by R. Emmett Owen. 412 pp plus a list of the titles in this series. ISBN: 0-809308746.