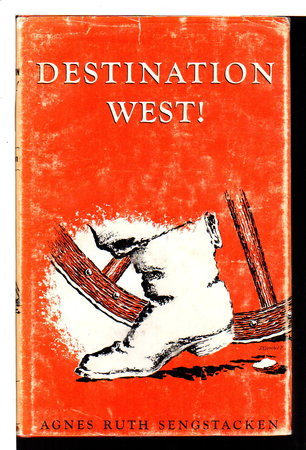 DESTINATION, WEST! a Pioneer Woman on the Oregon Trail.

Portland, Oregon: Binford & Mort Publishers, (1992) dj. Hardcover - Originally published in 1942, this is the true account (written in her own words, as told to her daughter) of one woman's journey from New York State, where she was born in 1825, her travels to the Western Reserve (Ohio), to her adventures along the Oregon Trail, living on the Coquille River, and finally settling in Empire City, in the Coos Bay country of Oregon. This is full of tales of gold miners, of encounters with Indians, and references to many early settlements in Oregon. Map endpapers. 219 pp. ISBN: 0-832302074.

Condition: Very near fine in orange boards in a good dustjacket (some rubbing and fading to the dust jacket)