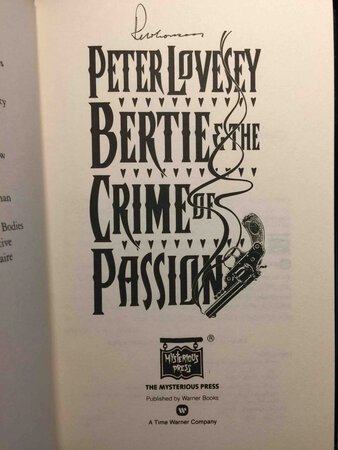 New York: Charles Scribner's Sons, (1980). First edition - Her eighth novel, the story of Phillipa Palfrey, adopted as a child, who discovers that her mother, rather than being dead, has been in prison for murder - and is about to be released. 307 pp.

Condition: Very good in printed red wrappers (some light foxing to the edges of the textblock) A rather uncommon advance issue.