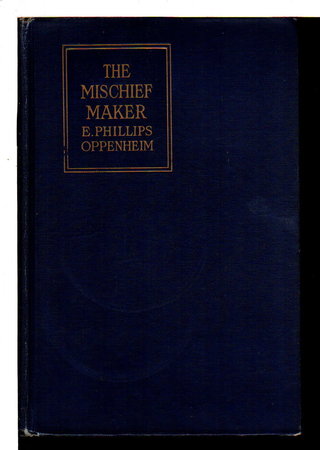 Boston: Little Brown, 1913. Hardcover first edition - As with many of his novels, this is a blend of international intrigue and romance, Oppenheim is considered one of the first writers of modern espionage novels. This is the story of a London politician who is framed in a sex scandal, flees to Paris, in the years just before the first World War. Illustrated with a frontispiece with a tissue guard and three inserted glossy plates by Hanson Booth. 372 pp.

Condition: Very good minus in dark blue cloth with gold lettering - previous owner's name dated 1913, some rubbing to the lettering on the spine and edges of the boards, two light rings on front cover.